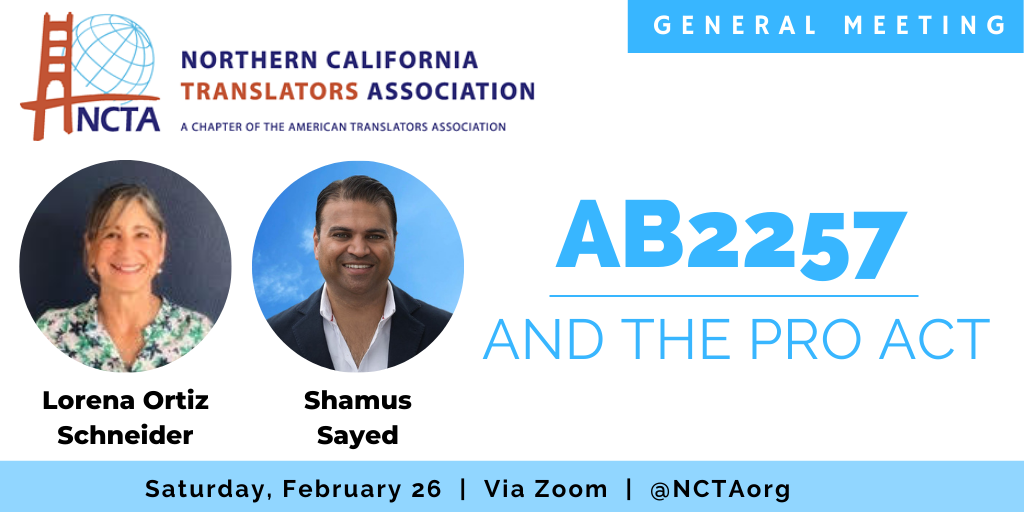 Two years after their NCTA General Meeting on AB5, Lorena Ortiz Schneider and Shamus Sayed teamed up again at the February General Meeting 2022 to update NCTA members and friends on the Californian labor law that superseded AB5, known by the unwieldy name AB2257, and a new proposed federal law, the PRO Act, which contains the same ABC test as AB5.

New on Translorial.com: A Brief History of Interpretation and Translation