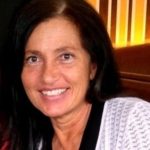 LANGUAGE STUDIES:
– Spanish: Several years of academic lang. studies and visits to Mexico and Spain
– French: 10 years of French studies at the Alliance Française (AF) in Brazil and subsequent studies in San Francisco and Seattle AFs.