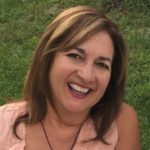 Born and raised in California. Lived and studied in Mexico City many years during my adolescence. Since 2004, I have lived and worked most of the year from Spain and the rest of the year I divide between California and Mexico. I have been a translator, and NCTA member, since 1997. I take pride in a job well done.