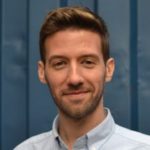 Professional translator and subtitler based in San Francisco, California. I provide text translation and subtitling from Spanish and French into English, as well as English subtitling and SDH/CC/HoH.

I pride myself on delivering thoroughly researched and polished translations which strive to convey every nuance of the source material. I fully understand the importance of accuracy and attention to detail, especially when handling technical texts.

My areas of specialist interest include: media, broadcasting and film; IT and computing; and agriculture, environment and energy.

I am passionate about subtitling for film, TV, VOD and other digital media and my background in the broadcast industry has given me in-depth knowledge of subtitling requirements and workflows.

I am proficient in the use of WinCAPS Q4 subtitling software and a range of CAT tools, including SDL Trados Studio 2017.