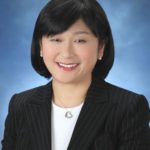 Jisu Kim is a professional Korean-English interpreter/translator with more than 15 years of experience working with clients across a wide range of industries, including legal, technology, media, finance, government and medical interpreting/translation. She is the co-founder and former head of the Korean Language Division of the American Translators Association (ATA), a US Department of State certified translator, Federal/New York State court interpreter, and holds a security clearance with the Department of Homeland Security. She is skilled at both simultaneous and consecutive interpreting, and English to Korean and Korean to English translation. Her major clients include Samsung, LG, Hyundai, Sony, HP, IBM, Philips, Pfizer, Citibank, Chase, CNN, CBS, HBO, Netflix, KBS, Columbia University, the White House, US Department of State, and US Department of Defense, among many others. She speaks Korean, English and Japanese, is a graduate of Ewha Womans University, and holds advanced degrees from the University of Chicago and New York University.

US Department of State contract translator