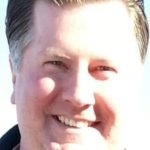 Recognized as 2018 Translator of the Year for the Americas by THEBIGWORD, a multinational translation agency, on the strength of the hundreds of Spanish-to-English and Portuguese-to-English translations I have provided the agency. Other translation projects have included English translations of the Spanish and Portuguese chapters of a gender studies book for a major U.S. university; dozens of legal documents translated from Spanish into English and from English into Spanish for U.S., Spanish, Chilean, and Mexican clients; numerous English healthcare and health insurance publications translated into Spanish for a large U.S. healthcare provider; a Spanish-to-English book translation; a Russian-to-English website translation; and a French-to-English translation of an essay used as the feature article in Translorial, the professional journal of the Northern California Translators Association.