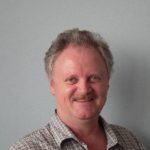 I have worked as a social scientist for almost 30 years. Currently, I also teach at a university in California. I started in translations as a QA localization expert for a Fortune 100 company in Cupertino, California in 1915 and worked there for about 1 year. In January 2017, I started my own business in translation, doing subtitles for car videos. Since then, I have built my clientele to include a number of international translation companies. I translate in numerous areas, including (but not limited to) scientific texts, different kinds of equipment manuals, marketing texts, gaming, software manuals and personal documents. Furthermore, I have continued doing subtitling, lately of videos of scientific nature. I cover the three Scandinavian languages as well as German into English, and English, Norwegian, Swedish, and German into Danish.

I am not an ATA certified translator for the simple reason that ATA does not provide certification for Danish.