At February’s General Meeting, two representatives of the language industry discussed the ramifications of AB5 for the industry and suggested what we can do to help.


On January 1 of this year, Assembly Bill 5 (AB5) went into effect and brought sweeping changes to California’s labor laws. The intention of AB5 was to simplify the classification of independent contractors and employees in California; however, it brought a host of unintended consequences. AB5 has caused considerable confusion in the language industry. NCTA invited Lorena Ortiz Schneider, founder of the Coalition of Practicing Translators and Interpreters of California (CoPTIC), and Shamus Sayed, vice president of Interpreters Unlimited, Inc., and board member of the Association of Language Companies, to clarify some of this confusion at the February General Meeting.

AB5 implements a so-called ABC test to determine whether a worker is to be classified as an independent contractor or as an employee. Specifically, the law states:

a person providing labor or services for remuneration shall be considered an employee rather than an independent contractor unless the hiring entity demonstrates that all of the following conditions are satisfied:
(A) The person is free from the control and direction of the hiring entity in connection with the performance of the work, both under the contract for the performance of the work and in fact.
(B) The person performs work that is outside the usual course of the hiring entity’s business.
(C) The person is customarily engaged in an independently established trade, occupation, or business of the same nature as that involved in the work performed.

AB5 then lists a host of professions that are explicitly exempt from the aforementioned ABC test, but language professionals are not among them. Furthermore, there is a business-to-business (B2B) exemption, subdivision (e) of AB5, which lists various criteria that all need to be fulfilled in order to satisfy the B2B exemption.

It is the “B” prong of the ABC test that causes the most concern for the language sector. Of course, other industries are affected as well, but the General Meeting concerned AB5’s effects on the language industry, and thus this summary will as well. In some cases, several language professionals are needed to ensure adequate quality (see for example the relevant ASTM standards: ASTM F2089-15 for interpreting, and ASTM F2575-14 for translation). In many cases, it is not practical or even possible for all these language professionals to be employed as full-time employees by one single hiring entity. The human resources overhead for a language service company (LSC, to use the presenters’ terminology) to employ a language professional for a short one-off project is equally cost prohibitive and, in many cases, highly impractical. As a result, many out-of-state or overseas LSCs are simply dropping their independent contractors in California and looking elsewhere for talent. Other LSCs want to continue doing business with their valued professional colleagues in California and seek to mitigate their risk of a costly audit via the B2B exemption. These LSCs are currently only continuing to do business with California-based colleagues who operate as an LLC or a corporation.

The very problem that AB5 tried to remedy, the blurry line between a misclassified worker and a true independent contractor, now comes back like a boomerang. Individual language professionals in California report losing out on two fronts: the “B” prong of the ABC test spooks LSCs into dropping their contracts as sole proprietors, resulting in a loss of part or most of their revenue stream, and the B2B exemption, which some LSCs try to use as a workaround, requires individual language professionals to go through the costly process of forming a corporation (see, for example, here). The law also places an undue burden on LSCs, because the burden lies with them to prove the independence of their contractors during a possible audit. Thus, AB5 places an enormous burden on the entire language sector and may limit language access for the people who need it most – the ill, the disabled, or the otherwise underprivileged, particularly in languages of lesser diffusion.

At this point it helps to bear in mind that most of the language industry is a true symbiosis between independent contractors and LSCs. One side cannot function without the other. This is embodied by CoPTIC, which has support from both individual professionals and LSCs, as well as organizations such as NCTA, the American Translators Association, the American Association of Language Specialists (TAALS), the Association of Language Companies, and others. CoPTIC’s immediate goal is an explicit exemption for all language professionals. CoPTIC hopes to achieve this through its strategy of constituent-driven advocacy, leading hundreds of professionals to contact their lawmakers.

So, what can YOU do right now? Time is of the essence. February 21 is the deadline for new bills to be introduced into the CA State Assembly and the CA State Senate.

On the other hand, if you are a misclassified worker and feel you should really be an employee, you have a legal remedy that has existed long before AB5: File a complaint with the California Labor Standards Commission or the Employment Development Department (EDD) and make your case heard. The California Labor Standards Commission has a page with frequently asked questions on the topic.

During the General Meeting, NCTA asked for donations to support CoPTIC’s effort, to be matched by NCTA up to $400. The contributions to CoPTIC generated through the meeting totaled $1,280. Thank you for your generosity!

NCTA is also curating a webpage with pertinent information on AB5 and its effects on the language sector, which is being continuously updated. 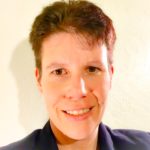 Carola F. Berger is an English-German patent translator with a PhD in physics and a master’s degree in engineering physics. She is ATA certified for the translation from English into German and owns and operates CFB Scientific Translations LLC. Carola serves as webmaster on the NCTA Board of Directors and is also the Administrator of ATA’s Science and Technology Division. Contact: info@cfbtranslations.com.